So what’s the reason why I say learning a little about education for the long run is good? Most people these day are very lazy on what they learn. Most people in 5th-12th grade choose to take a shortcut on what they read and just skim through the reading that they are forced to learn. Overall, if I had the choice to drop out, I would drop out at grade 7th. Why would I drop out at grade 7? Well, I think that everything that I learned from kindergarten through grade 6 is the only important parts of life. Youtubers that are really famous dropped out of school, such as W2S (wroetoshaw) dropping out of school at an age of 17. You might say that he didn’t good grades, well he was an intelligent achieving A’s. He is ranked 101 in most subscribers on YouTube has over 11 million subscribers.
I always hated school once I got into middle school. I know I can take it on its just that its seems like I have so much expectation I need to conquer. With all of this expectation, it could just leave you with sadness for the rest of your life if you didn’t reach it. That’s the problem I see with myself.

Everyone can make successful companies with a master or without it. And I know someone out there in this world that drop out of school before middle school can make a company that will be successful. And they just used the basic tools they learned in elementary school to do it. Everything we learn in math in elementary such as adding, subtracting, multiplying, dividing, measuring and shapes will probably be the only thing that we will use frequently, unlike huge problems that include random variables that we learned in Middle School. And ELA that we learned in elementary such as how to spell or make a sentence and making paragraphs would be the only thing we used frequently. 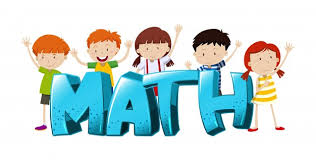 Overall, this is just my opinion but I really think education should be the key to our success because everyone has a talent that no one has that could change the world.

View all posts by Sports News